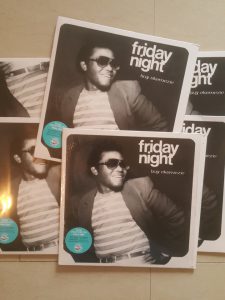 Sometime in 2015, I got a call from a digger friend, “how much would you pay for Livy Ekemezie’s Friday Night. I sat down, took a deep breath and gave him a number, a high number. He was feeling me out, if the number wasn’t satisfactory, he would move on to the next guy. This was the ritual.

“What if I offered you 10 copies”, “I would pay you the same amount”. I hastened to add. I had on occasion been known to negotiate prices down if and when I was offered a lot of deadstock. This case was different. Friday Night was a one of the big ones, those records you only see on want-lists. A rare record among rare records. A unicorn.

What is the condition of the records, I asked. “oh, they’ve never been played, I have 12 of them”. I received the records and for the first time, held a copy of Friday Night in my hands, most were sealed, so I opened one and played it….. Then I understood why it was so highly sought after…

Hard dance grooves, filtered through 80s syths and punctuated with funky licks from a Fender Rhodes. The voice was funky and embedded in the grooves, the joy of repetition, proto-house, afro-disco boogie, minimal afro.. So many good things going on…

I reached out to my friends around the globe and spread the word. Some established diggers took notice, “Can you help us licence the record”, “The amount you have, suggests you have met the man”… “Are you pressing these records”.. Local diggers got in touch, “we need Livy’s number can you help?” As I meditated on the requests, Javi Bayo a Spanish DJ and longtime friend suggested I put it out myself. “how..”. “Set up a label, licence the record…”.

I made some moves, located Livy’s village, found his sister who after much cajolling, explained that Livy came to the village only rarely and that he was a very reserved man. But you can call him on this number. My first attempts to speak to him were met with silence at the end of the line. She further explained, that Livy worked as a contractor in the upstream oil sector and was concerned about getting kidnapped. I thought about the situation and sent a text message that read, “Dear Sir. You have created a thing of rare musical beauty that has withstood the test of time. Only few career musicians manage this feat. But somehow, by dint of hard work and divine inspiration you achieved it. The work deserves to be re-issued to vindicate your former self for the investment put into this work. To show him that somewhere in this busy world, a raceless tribe found in this rare gem, something worthy of love, respect and recognition.” 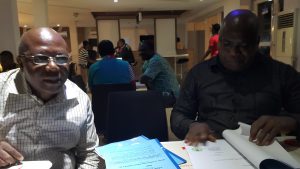 Whilst this was going on, a friend from Australia reached out to say that a DJ in New York was putting out a bootleg edit of Classic Lover, a track from the album. I sighed. It was only a matter of time. My Australian mate mentioned that at least four names (reissue labels/DJs) were being bandied by the cognoscenti as being in the process of working on a release of the lp. My mate added, if anybody can make it happen, you can, plus there’s no better way to launch a label. 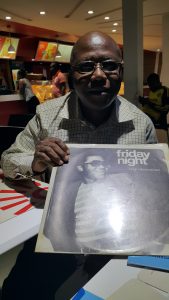 I sent a text to Livy mentioning the threat of a bootleg. He sent a number, “this is my lawyer’s number please talk to him”. Progress at last. We signed the contracts, two months and three weeks after I sent the text message, in a fast food restaurant in Port-Harcourt. Mr Livy looked frail but in high spirits. He explained that the record was a unique foray into music after which he dropped everything and furthered his studies. He currently has a doctorate degree in marketing. “I had big dreams then, it was designed to appeal to a global audience”… “you achieved it sir, only thirty five years later”. He smiled shyly, “We give thanks..”