The biggest South-African musician for most Nigerians is Mariam Makeba, she was the struggle personified, in her we saw the pain, the grace, the royalty, the greatness…

Her music was familiar and foreign at the same time. And when she danced we saw beauty in motion, sensuality and class. She single-handedly started the fixation some Nigerian men have for South African ladies. She came to Nigeria for the first time in the 1960s as a member of the ANC and as a freedom fighter but also as wife to Hugh Masekela, to which this post is dedicated.

A friend told me, Mr Masekela plays an Orlando Julius tune at each concert, any of these three: Asiko, Awaade and Going back to my roots. Actually, Ashiko was first “recorded and produced” by Masekela in 1975. They both worked together in the US and were involved in the disco classic, Going back to my roots, which shares a lot with Ashiko but for which Orlando was not properly credited. The song was originally written for Lamont Dozier (LP, Peddlin’ Music On The Side, 1977, Warner Bros). Masekela was also friends with Fela and he spent time in Nigeria staying and playing with him in the late 70s. He dedicated his album, The Boys Doin’ It, (LP, 1975, Casablanca Records), to him. The album contains a song titled Ashiko, composed by O.J Ekemode AKA Orlando Julius). 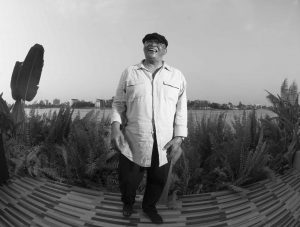 I met Hugh Masekela when he came for Lagos Jazz Series 2013 I was shooting the festival for the Organisers and had full access. He was practising Tai Chi behind the live stage and he had a timeless quality like he was hewed from granite. We (Folarin my assistant for the shoot and I) went up to him and asked if we could shoot him privately. He agreed and when he had an hour we took him to the Radisson, set up lights backing the 5 Cowries Lagoon and started shooting. 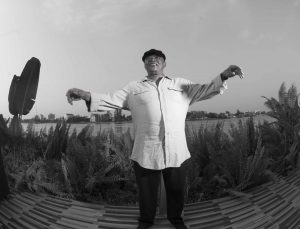 He had tales for years, the one that stuck was when he was about 17, already a working artist and a member of the cool set of black bohemians. He and his girl at the time, were widely recognised as two of the sharpest dressers around. Alf Kumalo came round looking for a shot for Drum magazine. He told Masekela, “I need you to jump up with you hands spread out like so”. “I knew right away it was a bad idea, but Alf had a way you know, he was very persuasive a bit like you guys…”. The picture came out and it was serialised, it epitomised for many, that bubbling happening jazz revolution that was happening at the time in South Africa.” My girl saw the picture and thought, very rightly that it was the corniest thing ever and she left me.” “I saw her recently and she said, ‘we could have still been together but you had go take that stupid picture”. 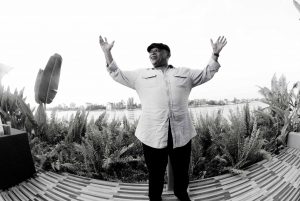 Masekela and Makeba were signed to western record labels so their music is widely available they aren’t that much of a thing (rarity value low). Orlando Julius on the other hand for the early part of his career was signed to Nigerian labels (Philips West Africa, Jofabro etc) and his Nigerian releases are highly sought after by dance music DJs and collectors. 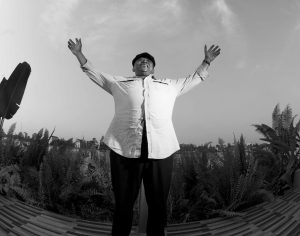