I love 80s boogie. I love it for so many reasons. I was born in the 70s and came into adolescence in the 80s. On vacation from secondary school, I used to go to a dj in Jos, I can’t remember his name. All I remember is he played basketball and was a mad mixer. He would play us songs and we would hand over a list of the latest jams from which he would subsequently proceed to create a mixtape.

Some of his mixes were so intricate, half science, half turntablist artistry. He very ably blended Prince’s “When doves cry”, with UB40’s, “Sing our own song”. The feat was unbelievable in the emotions it provoked. That tape brought great happiness to me and my brother until, it went missing. I wasn’t surprised that it was stolen. Cassettes were a hot commodity. People stole them, so we scratched tell-signs, logos, and initials on the plastic with the hope that being indelible would deter potential thieves. But that rarely worked when the music was this good.

Cassettes were also, susceptible to getting destroyed by the tape player. We bought Chrome tapes, for sound quality and the hope that they would last longer. But those tapes rarely lasted beyond a few months.

I still smile when I remember that mixtape, it was ridiculously high art.

I created the selection below for that dj.. 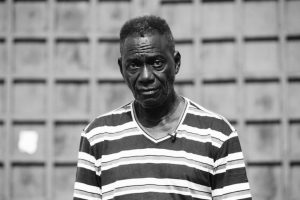